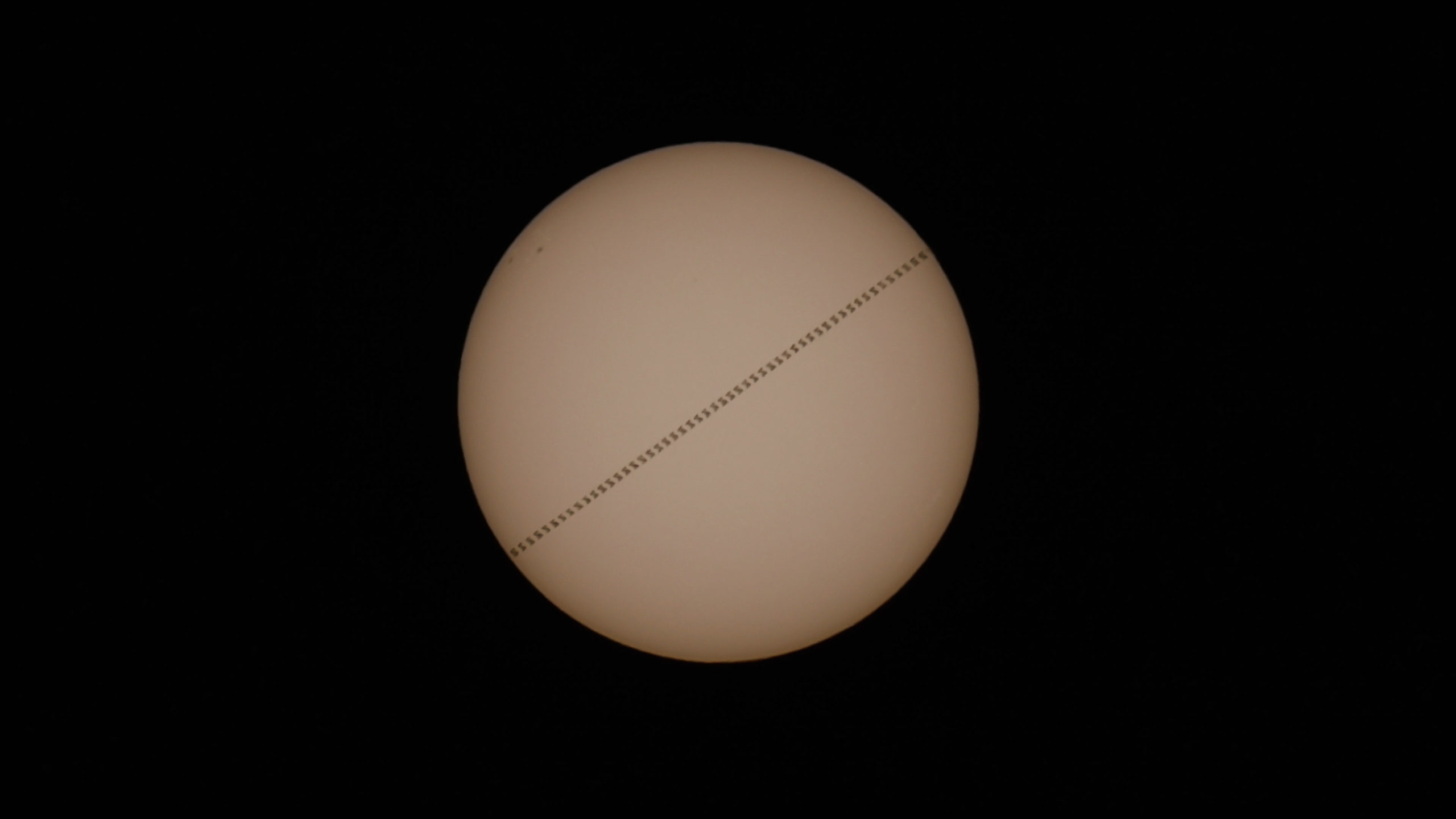 If you every want to see the International Space Station (ISS) with your own eyes, you can sign up for alerts at SpotTheStation.nasa.gov. About 12 hours before a visible passing, you’ll get a text or email telling you what time and which direction to look.

A couple weeks ago I set my alarm to watch the ISS pass overhead. Turns out it was heading a bit towards the moon. I started to panic! Not that I think it was about to crash into the moon, of course! But I’ve always wanted to capture a lunar transit and I didn’t have my good camera out for this.

So at the last second I pulled out my phone and got the stress-induced-phone-bobbling handheld video you see here in this GIF. Not too shabby for a quick smartphone shot.

I was stoked! It passed right across the moon in my own back yard. But I was so bummed that I didn’t get it with my new Sony A7S III mounted on my telescope with that new adapter I got. I’ll just blame not planning this out on the state of the world.

So that night I jumped on the ISS Transit Finder and searched for all the nearby lunar and solar ISS transits and put them on my calendar. The next transit event that I could make was on Monday, February 21st, 2022 at exactly 12:19:51.87 PM, which happens to be President’s Day, and a holiday! 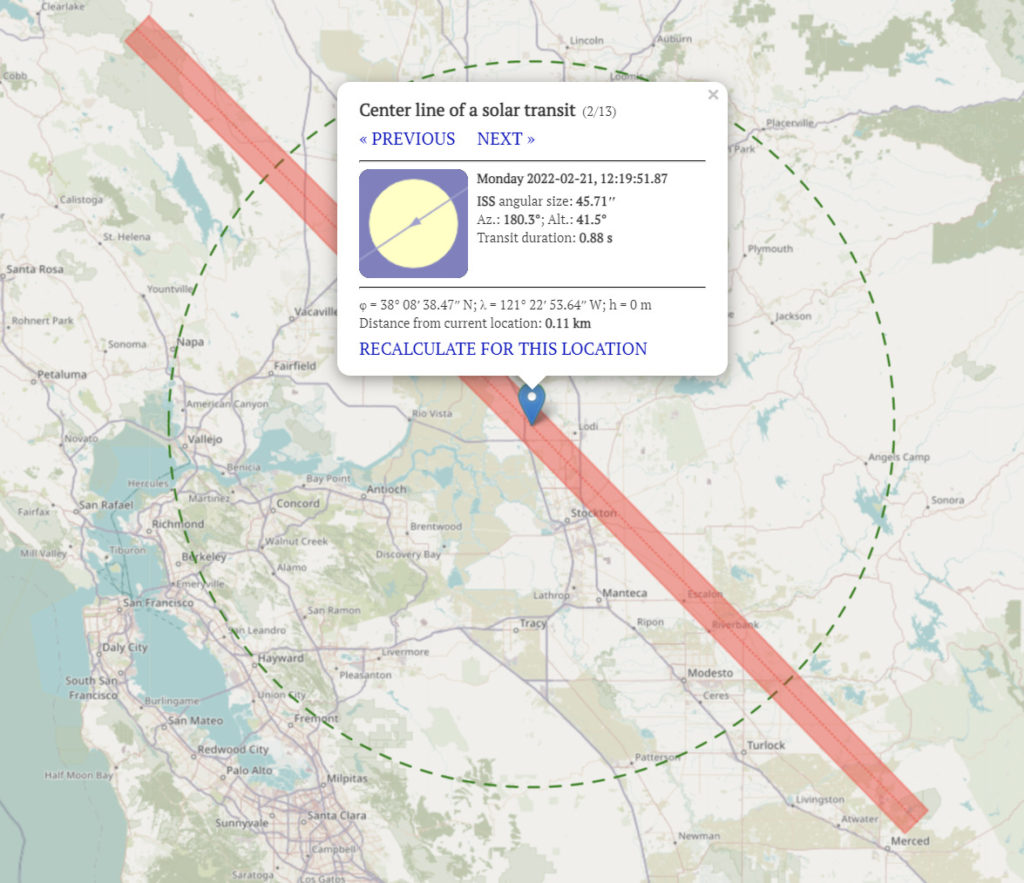 Fast forward to “transit day” and I pack up my Sony A7S III, my 200mm lens, 2x teleconverter and tripod. Andrea, our little dog J.T. and I make an adventure out of it and drive 45 minutes from Livermore to a specific spot just a mile east of Interstate 5 near Lodi, CA.

I could either take a series of continuous photos at 5 frames per second (FPS), or I could take video at 4K at 120 FPS. Since it took .88 of a second for the station to cross the sun, it was a no-braining to shoot this in video.

It’s VERY IMPORTANT think you use a proper solar filter when shooting the sun. I used the Kenko PRO ND100000 Solar Filter which cuts the light down by 16 3/5 stops. Use a solar filter or you risk melting your sensor or eye balls.